Meditalents organizes its third Mediterranean Co-production Forum open to director-producer pairs from the Mediterranean with a first or second feature film project in development or preproduction.

It offers professionals from both shores of the Mediterranean to explore together, with invited French and international producers, distributors and support funds, the possibilities of artistic, financial or technical co-productions of their projects, in order to optimize their financing and their future distribution channels.

To be eligible, projects must meet the criteria below:

A committee will select a maximum of 10 projects. Its selection criteria, in addition to the eligibility criteria, will be:

The selected projects’ teams will be able to meet producers, international distributors and financing funds invited during individual meetings.

They will present their projects in front of the professionals and the jury of the Southern Region Prize which will be awarded to the producer(s) of the project(s) in the form of a development award of 20.000€, (the jury may choose to select two projects, this amount will then be split) on the same criteria as above. The award will be paid to the producer or co-producer of the film established in France, who may enter into co-production after the awarding of the prize.

Applications must be submitted by mail in PDF format in French or English in a single file and include:

INCOMPLETE APPLICATIONS OR ANY APPLICATION IN ANOTHER FORMAT THAN ONE UNIQUE PDF FILE WILL NOT BE ACCEPTED.

Applications should be sent to the following email address: atelier@meditalents.net

Applications will close on February 4, 2021 at midnight GMT.

The final selection will be announced on February 24, 2021. For each selected project, the director and the producer, i.e. 2 persons’ accommodations and travels per project will be taken care of.

The selected team will have to commit to: 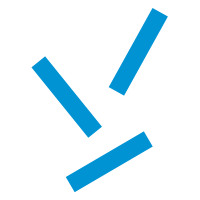